In this lab, you are a data analyst who works for the AnyCompany Cab company in New York City. Your manager asked you to look for patterns of customer usage. She also asked you to minimize the costs for conducting your research. You decided to start by producing some descriptive statistics for a single month of data. The data for the month of January 2017 is already stored in Amazon S3. 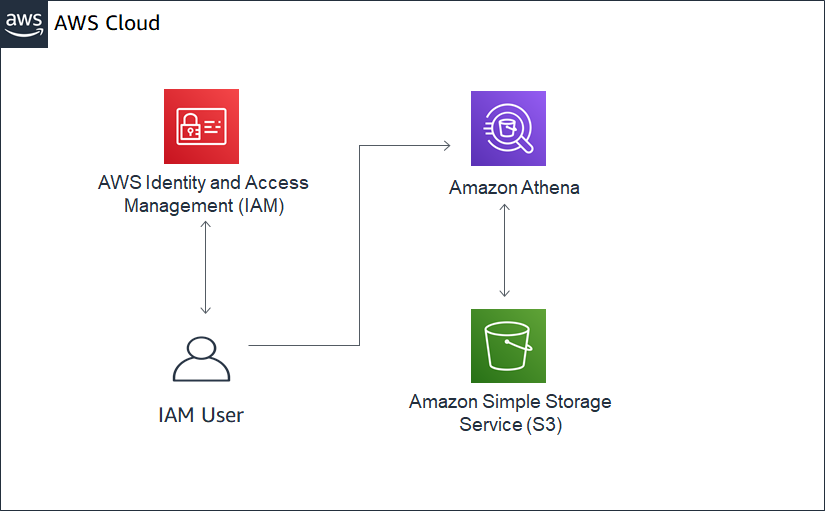 Amazon Athena is an interactive query service that you can use to query data that is stored in Amazon S3. Athena stores data about the data sources that you must query in a database. You can store your queries for re-use, or you can share them with other users.

Your first task in this lab is to create the database by writing structured query language (SQL) statements to define the schema.

You see the following message at the top of the console:

You must specify an Amazon Simple Storage Service (Amazon S3) bucket to hold the results from any queries that you run.

You see the message Query successful.

Now that you have a table for querying the AnyCompany Cab data, you can write queries to retrieve data from the data source in Amazon S3. You can also get a preview of the data in the table by choosing the vertical ellipsis (three dots) on the right of the Athena database window.

In the Results window, you will see the first 10 records of the table.

The Athena query engine is based on an open source tool called Presto. To read more about the SQL functions that you can use with Athena, see SQL Queries, Functions, and Operators.

When you work with large datasets, optimizing performance and minimizing costs are two major goals. You determine your costs for running Athena based on usage. Usage is based on the amount of data that is scanned. Prices vary based on your Region. For more information about Athena pricing, see Amazon Athena Pricing.

Partitioning and compressing data are two steps that you can take to minimize your costs. You can compress your data by using one of the open standards for file compression (such as gzip or tar). Partitioning reduces the amount of data that is scanned by a query. This can reduce costs and improve performance. You can also improve performance when you query with Athena by storing data in distinct buckets. You can read more about the options for choosing to partition or to use a bucket in the Athena documentation.

In this step, you will create a table to store only the data for January 2017.

To create a table for the January data:

Athena creates a new table named jan that contains the taxi data for the month of January 2017.

Task 2.2: Run a query using the data that is not divided into buckets

Now, run a query by using the data that was not divided into monthly buckets.

Task 2.3: Run a query using the data that is divided into buckets for each month

You should find that the following results:

Putting data in separate buckets works when you have data that has a high degree of cardinality. Cardinality refers to the number of distinct records in a database. In this example, the pickup field has a high degree of cardinality because every trip has a specific date and time. If you are interested in a column with low cardinality, you would partition the data instead of using distinct buckets. In some cases, your data will already be partitioned by another process. In this case, you will partition the data by using the paytype field.

The paytype field stores the type of payment using the following codes:

Because there are only a limited number of possible values, paytype is an excellent column to use for creating partitions. In this task, you will use a CREATE TABLE AS function to partition the data. You will also specify a columnar storage format. You can store data in Athena with the Apache Parquet or Optimized Row Columnar (ORC) formats. Columnar storage formats compress the data, which will further reduce costs for your queries. To read more about columnar storage formats, see Columnar Storage Formats.

You can create a partition by running a query to select the data you want to use for a partition and by providing a storage format.

You should see the following results:

You can hide some of the complexity of queries from users by creating views. Also, because Athena only supports running one SQL statement at a time, you can use views to combine data from various tables. You can also use views to optimize query performance by experimenting with different ways to retrieve data, and then saving the best query as a view. To read more about views, see Views in the Athena documentation.

You can also use a view to join data from two tables. For example, the following query will join the data from two views. The joined data shows the credit card and cash fares for two different taxi vendors.

You can then preview the results from the join. If you preview the comparepay view, you should see the following results: